UNESCO Japan Young Researchers Fellowship Programme 2015/2016 • The aim of the fellowships is to support innovative and imaginative post-graduate research in four areas of development of particular interest to UNESCO. UNESCO designed the project “UNESCO/Keizo Obuchi Research Fellowships Programme” (UNESCO/Japan Young Researchers’ Fellowship Programme) in the framework of the Japanese Funds-in-Trust for the Capacity-Building of Human Resources which was established in November 2000 by the Government of Japan to enable UNESCO to give impetus to research in four areas under UNESCO’s Priority Programme Areas.

Fellowships are offered for minimum of 3 months and maximum of 9 months. Consideration will be given only to well-planned research proposals which demonstrate innovation, imagination and relevance, and which promise to contribute to knowledge in the four specific areas.

Applications will be judged on the basis of the merit of each application and of its pertinence to the UNESCO Japan Young Researchers Fellowship Programme. UNESCO and Japan attach the greatest importance to originality and quality. 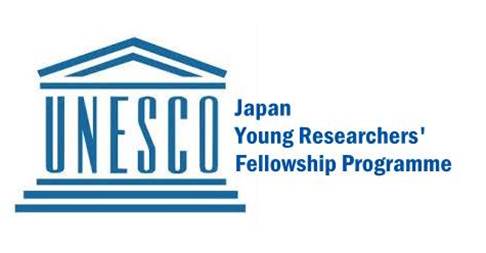 Research activities in the following areas:

No other research topics will be considered.
More fellowships in Japan, see also International Affairs Fellowship in Japan for US Citizen 2015/ 2016.

Candidates from developing countries, especially the least developed countries (LDCs – listed on the link below), who are eager to undertake research on one or more of the topics listed above.

To be eligible for this UNESCO Japan Young Researchers Fellowship Programme 2015/2016, applicants must meet the following general criteria (a maximum of TWO from each applying National Commission):

What does it cover:

The Fellowships financed by Japan and administered by UNESCO will consist of the following:

All applications must be submitted with the required documentation on the UNESCO Fellowship Application Form. The application form of UNESCO Japan Young Researchers Fellowship Programme 2015/2016 could be downloaded from the link below.

The application must include the following attachments:

The application(s) should reach the UNESCO before 26 December 2014 midnight and an advance copy may be sent by fax or by e-mail: i.genevois(at)unesco.org; l.zas-friz(at)unesco.org.