Bhutanese students who want to be a future leader and study in the UK are encourage to apply for this international scholarships. It will enhance leadership skills and broader their network. Applications for 2015/2016 Chevening Scholarship Bhutan are now closed. BUT, application for 2016/ 2017 Chevening Awards/ Scholarships will be open in August 2015. 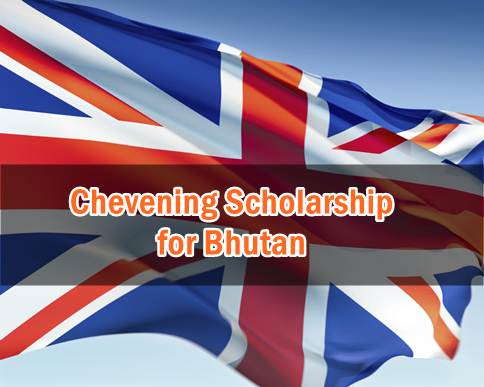 Applicants can study any subject at any UK university, but they should check the country page (Bhutan page) for priority areas.

This scholarship is offered to international students. Bhutanese are one among the others.

What does it cover:

Applications are usually open between August and November each year and are submitted online exclusively through the Chevening website. They are password protected and accessible throughout the application period.

Applicants must also apply for university courses starting the following September/October 2016. We recommend that you do this before or at the same time as applying for a Chevening Scholarship. Please read more here or at the link below.

This site uses Akismet to reduce spam. Learn how your comment data is processed.